When in the market for a blender, the options seem almost endless, which makes the task of actually choosing one extremely intimidating. Surely you want to avoid overpaying for a product that is far too sophisticated for casual use, but you also want to avoid skimping out on a cheaper model that breaks in just a week. So is there a solution to this conundrum? Yes: the Magic Bullet Nutribullet Pro 900. [best price on Amazon]

What Can It Be Used For?

In short, it can be used for almost anything. It is ideal for your morning smoothies, as it easily slices through everything from frozen fruit and vegetables to chia seeds and thick roots. This feat is accomplished mainly by the patented Extractor Blade, which can slice through even the smallest seeds in order to unleash the maximum amount of nutrition inherent in any ingredient. And, unlike blades on other blenders, this blade is made from pure stainless steel, meaning that it never needs to be sharpened, allowing for perfect blending, pulverizing, or emulsifying every time.

In addition to your morning smoothie, you can come home after long day of work and toss in some tomatoes, onions, jalapenos, cilantro, and a hint of lime for a delicious batch of pico de gallo. Or consider using it to whip up some tasting spinach artichoke dip, because it can handle even the thickest cream cheeses.

Also, thanks to the Magic Bullet brand’s basic design, you can take whatever you’ve just blended where you want without having to dirty another cup. 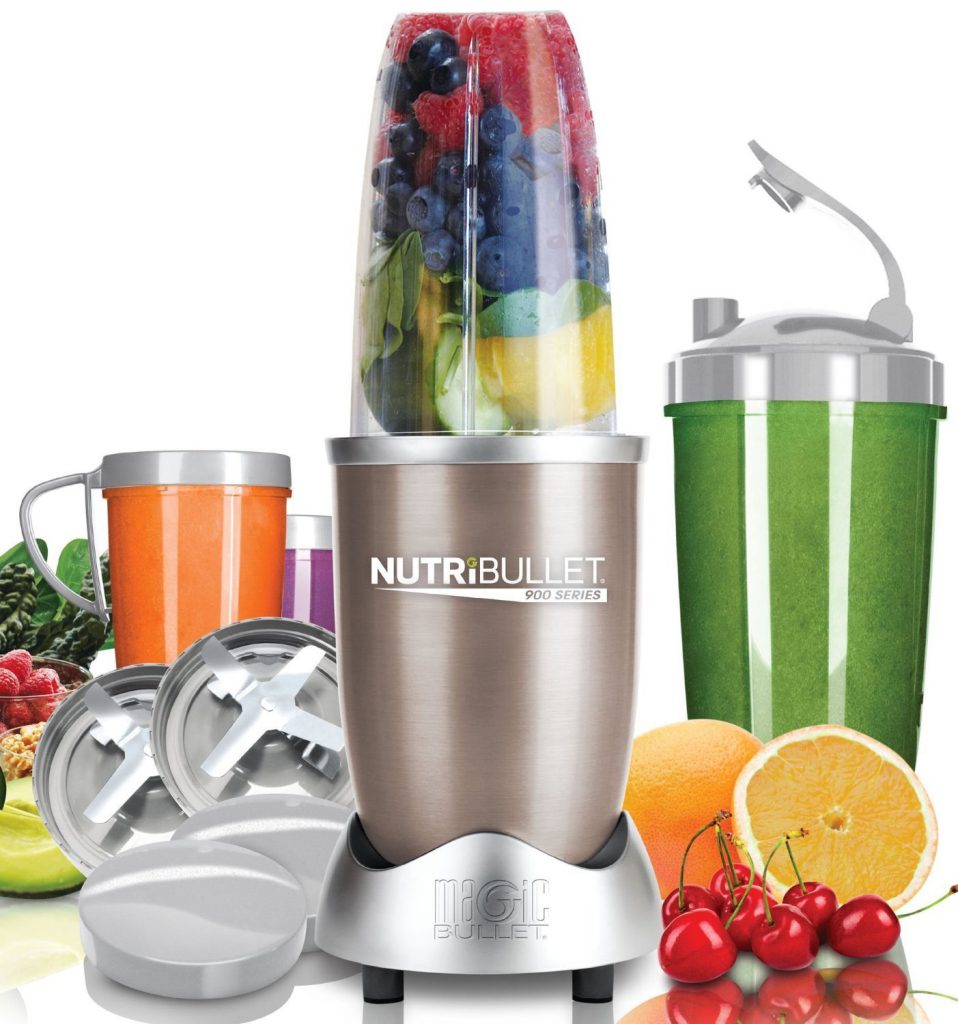 Is It Easy To Use?

Yes. It is as easy as throwing whatever ingredients you want into a cup, twisting on the Extractor Blade, and then pressing that cup down onto the high-torque power base, which provides 900 Watts of power ideal for crushing even the hardest of foods.

Once you’re done blending, you can simply tip the cup back over, remove the Extractor Blade, and take your new blend wherever you need to go, whether it’s to work, to your kids’ ball games, or just into the other room to watch a movie.

Is It Easy To Clean?

Some have complained that the blade itself is difficult to clean, owing to its small size as well as its sharpness (for obvious reasons). However, there are easy ways to clean it, other than by simply trying to rinse and scrub the sharp blade.

Instead, you can rinse out the blending cup after it has been used, fill it with some hot water and dish soap, and then “blend” that mixture, an action that actually serves to clean the stainless steel blades. This process takes less than a minute and can make your blade look brand new after each use.

Yes, it is extremely safe. While its blade is extremely sharp, capable of taking down the hardest of foods, such as ice cubes or frozen strawberries, the design of the Magic Bullet Nutribullet Pro 900 safeguards against the blade’s being operated while exposed to users.

This is done by making it necessary that the Extractor Blade is fitted securely onto the cups with the ingredients, which is then placed on top of the power base, where it is again fitted securely before the electrical surge is activated, allowing for blending. Thus, a moving blade is never exposed to a person’s body, unlike conventional blenders with removable tops that can run while uncovered.

How Is It Different From Normal Blenders?

Your average blender simply chops big chunks of food into smaller chunks, and this process can sometimes take frustratingly long. The Magic Bullet Nutribullet Pro 900 instead masticates ingredients down to their most basic, smallest states, combining each ingredient more thoroughly for a more consistent taste and texture as well as reducing them to their most absorptive state. This allows for maximum nutrition consumption, far better than your ordinary blender.

And it is able to do this in a matter of seconds, instead of minutes, like some other models. All of this is achieved through the breakthrough technology demonstrated through the Extractor Blade and the Magic Bullet’s exclusive cyclonic action, which combined generates massive power in an extremely timely manner.

Overall, this blender is extremely efficient, quiet, and quick. It effectively emulsifies any concoction in order to release the optimal amount of nutrients that are inherent in the ingredients. It is easy to clean and easy to use, not requiring a degree in mechanical engineering to make it work (like some high-end blenders). [best price on Amazon] 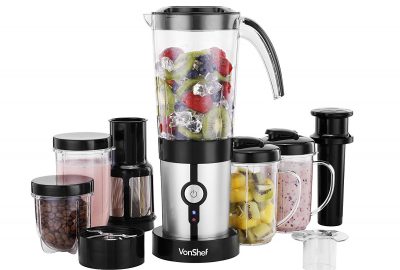 VonShef 4 in 1 Blender Review – Does It Blend? 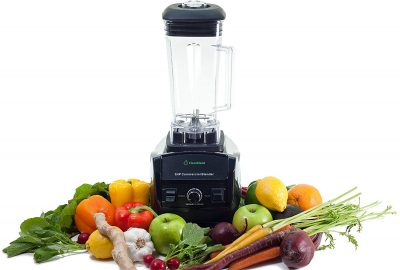 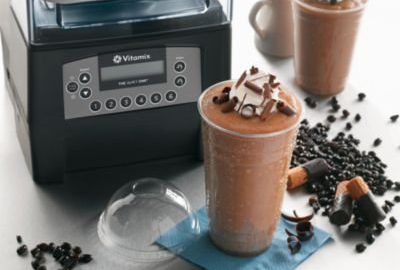 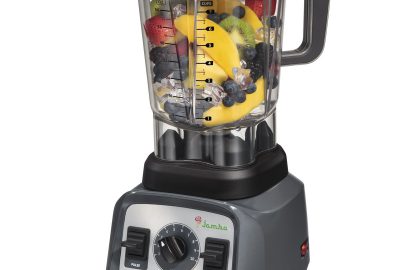